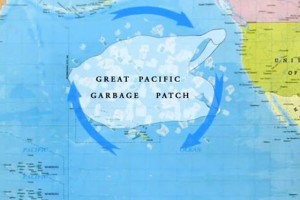 Please scroll down for our #plasticfree Wall of Fame – people who have donated to our Auckland Sea Clean.

It will not be too long into our race between California and Hawaii before our oars start sweeping rubbish; tiny fragments of plastic that make up one of the largest collections of trash on our earth.

This is because the Great Pacific Race takes us on the edges of a very man-made phenomenon and one predicted to get worse unless we can change our habits.

The Great Pacific Garbage Patch is the common name given to the enormous mass of plastic and other debris that sits on the North Pacific Gyre, continually swirling its way from south to west to north to east and around again, gradually collecting trash from wherever humans live on the north Pacific rim and depositing it without discrimination.

Although an accurate moniker, the Great Pacific Garbage Patch is also misleading. The name creates images in our mind of a giant landfill at sea but the reality is much more subtle.

As plastic – thrown off boats, washed out of storm drains, left on beaches, blown out of cars, 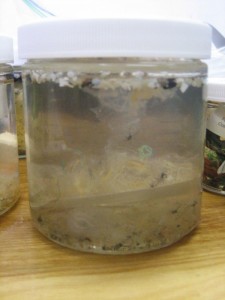 ripped out of bags by animals – bobs its way for thousands of miles around the North Pacific it is broken down by surf and sunlight into trillions of tiny pieces, without fully degrading.

Its impact is devastating. The full effect of the plastic gyre, which is replicated in other major oceans, will be the focus for study for generations to come, but its destruction is already known.

Many of us are familiar with Chris Jordan’s images of the dead bodies of Laysan Albatross chicks on the Midway Islands whose stomachs have become bloated with plastic bottle tops their parents confused for food; in the same way sea turtles think plastic bags are their favourite food: jellyfish.

Perhaps far more damaging for humans is the plastic floating in the sea will, in all likelihood, be ingested by us at some point as the tiny fragments, swept up like plankton by fish, gradually enters our food chain.

Despite the gloom, there is reason for hope.

A small yet determined and burgeoning band of people is fighting back against the plastic scourge that blights the environment and the throwaway culture that creates it. 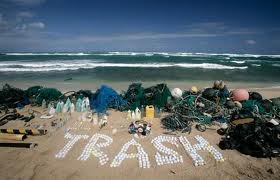 Team Pacific Rowers ����������������� through its bid to cross the Pacific ��� would like to support this global community, highlighting the amazing work of beach clean-up groups, scientists, seacleaners, and environmentalists who are drawn together by concern for rubbish in our seas and coastlines.

Thanks to advancing communication such as social media, word is getting out. Other organisations relentlessly pursue scientific research to monitor ocean pollution and investigate its effects. The Twitter community that highlights the campaign against plastic pollution is huge and friendly.

Each of us in Team Pacific Rowers loves the ocean: we swim in it; surf in it; dive in it; eat from it; kayak on it; gaze at it; SUP on it; travel on it; party next to it; get seasick on it; and in our attempt to row halfway across the biggest ocean on the planet, will live on it. We don’t want it full of trash.

Our #Plasticfree campaign is a simple, positive one. Through our blog pacificrowers.com we want to promote the good work of people and groups who endeavour to tackle to the issue of sea plastic, whether through beach clean-ups, research or those who have excellent tips of cutting down on plastic use.

We will also report on our own sea clean-up activities, which we carry out on a twice-weekly basis in Auckland, New Zealand, either with the brilliant Hayden’s Harbour Clean or by ourselves.

If you are doing something to help keep rubbish out of our seas, please get in contact through this website, on Twitter (@pacificrowers), on our Facebook page or by email at info@pacificrowers.com and we will help publicise your work, event, clean-up, efforts, or research on this page.

#PlasticFree Wall of Fame: Thanks to the kind souls who have donated to our Auckland Sea Clean