Last weekend we officially welcomed on board our 4th crew member for the Great Pacific Race, James Wight. We’d been put in touch with James about a month ago by Chris from New Ocean Wave as he’d been looking for a crew to join. After a few weeks of Skype meet ups and phone calls, Sam, Colin and I (Fraser) had pretty much already made our mind up that he was the perfect man to complete the team.

As Sam currently lives on the Channel Islands, we’d arranged our meetup with James to coincide with meeting the Team Atlantic Splash (http://www.rowtheatlantic2013.co.uk/team.html twitter: @atlanticsplash) guys who we’d been chatting with over Twitter, email and phone for a few weeks. 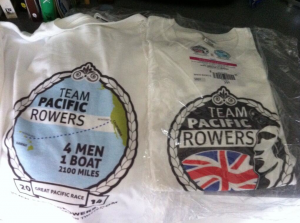 The team t-shirts. iPhone cameras need to stop being so lazy and put some more effort in.

Sam and James made their way to my house in Tunbridge Wells – Sam bringing with him the team t-shirts he had arranged getting printed – where the plan was to head down to the Folkestone Regatta in Sandgate to grab a beer and meet the Atlantic Splash guys.

Just prior to the guys making it to my house, we received a text from Atlantic Splash’s Bastien that they were having issues with their trailer. One of their wheel bearings had gone so were unable to make it to Folkestone and were sat on the side of the road waiting for the AA to come and recover them.

It just so happened that the road they were on the side of was in Tunbridge Wells. Less than a mile from my front door! We hopped in my car (lazy I know – but it was cloudy…. don’t judge me) and headed over. Despite the circumstances they were a very chirpy and an incredibly friendly and welcoming bunch, though that could have partly been due to the Big Macs that had arrived just before us. We spent a couple of hours with them chatting at the side of the road and they kindly gave us a look around their boat which, judging by all the looks it was getting from passing cars, was as interesting to the general population of T.Wells as it was to us.

In one of the passing cars was Scott Gilcrest who rowed the Atlantic in 2002. Scott is originally from Newcastle but now living in Tunbridge Wells. 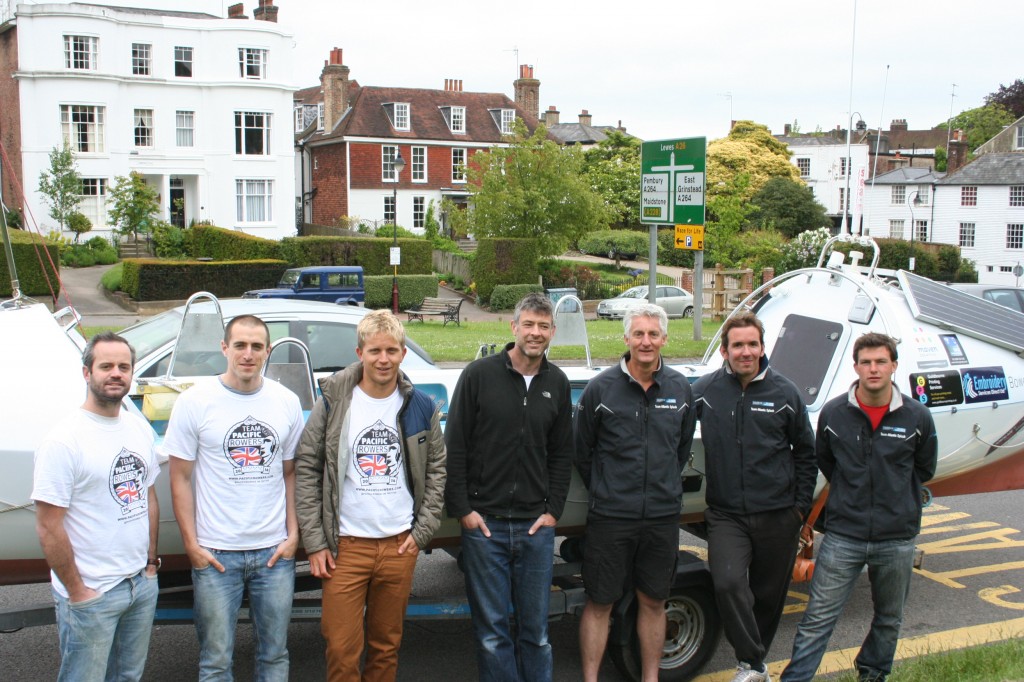 We said our farewells to Atlantic Splash and James, Sam and I headed over to a town centre watering hole for a pint and a sunday roast where we officially offered him the 4th spot on the team, to our delight we hadn’t put him off and he accepted.