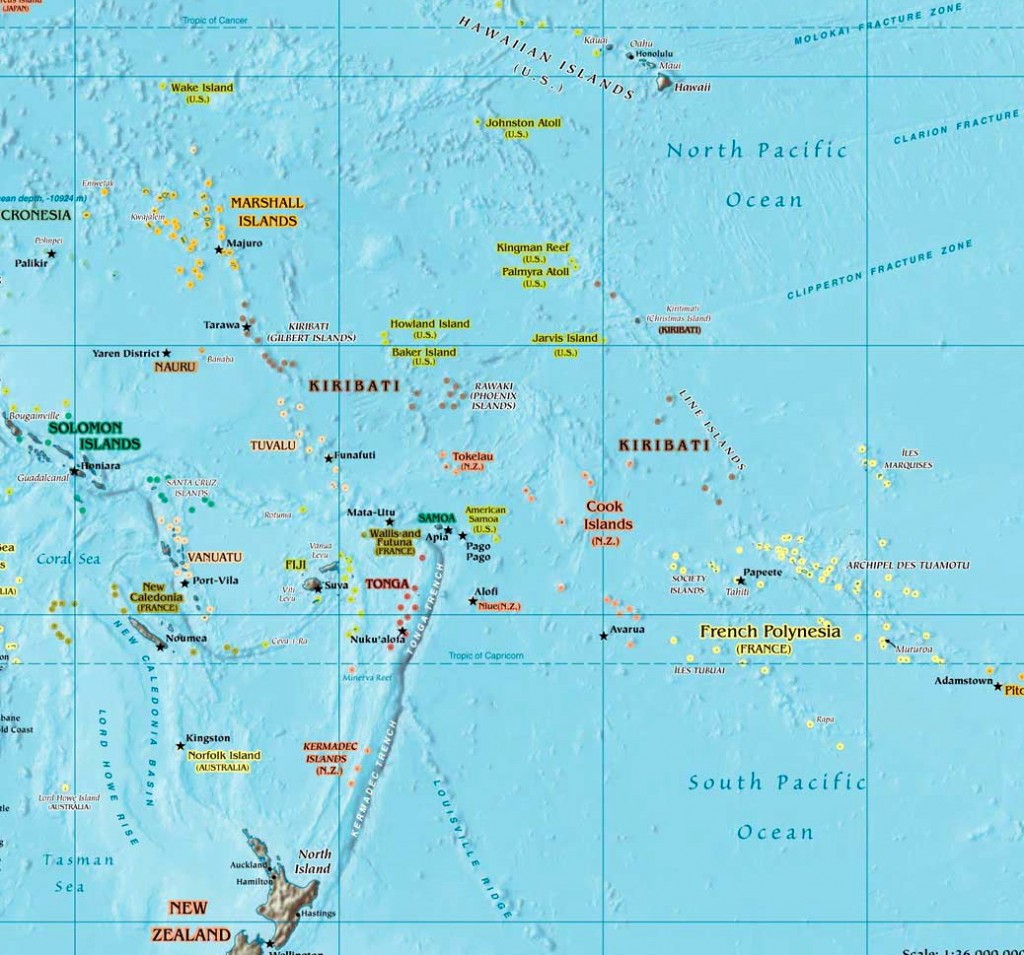 The beautiful islands of the South Pacific.

IT’S Thursday June 13 2013; there are precisely 359 days to go before the scheduled start of the Great Pacific Race in Monterey, USA.

The race is 2100 miles long, which I have covered by airplane within a day; by car in a couple of months; and through walking, cycling and running combined in around two years.

The task next year is to row that distance, which will end up being a few clicks more as we get pushed back by currents and probably take a wrong turn somewhere, in about five weeks.

Apart from the inflatable dinghy with the orange plastic oars you get while on holiday in France, I have never rowed a moveable vessel of any kind, yet Team Pacific Rowers plans to win the inaugural race.

There is a trinity of reasons we will be at the start line in California next year: adventure, to raise awareness of a particular cause (as yet to be confirmed), and to lift the still to be named trophy presented to the first team of four to cross the line in Honolulu.

So, with less than a year to go training has now started. I have been in contact with West End Rowing Club in Auckland who have said will contact me when their next ‘learn to row’ sessions start, hopefully sometime in August, and sea kayaking will be another way of building fitness.

But plenty of training will be taking part in the gym, on the lesser used rowing machine. Let’s be frank, rowing machines, like most cardiovascular fitness machines, are flipping dull. Motivation will be needed.

To keep this up, as it were, I have decided to spend the next year rowing 7052km from Auckland to Hawai’i, from the discomfort of a rowing machine. That’s little more than 19km every day, for the next 12 months.

In fact it will be more. Although I do not have currents or navigation problems to deal with, I do plan to visit a few islands on the way to Honolulu, which takes me a little bit adrift from a direct route.

As I leave the isthmus of Auckland land will be visited often on the first few days, but the sea to Tonga is rarely punctuated after that.

From Tonga it is onto Samoa, then Christmas Island, and then Hawai’i. In this perverse fantasy I will cross the Tropic of Capricorn, the Equator, and the International Date Line.

The feat will take place in the gym, with any mileage covered while kayaking taken into consideration. Currently I use the Les Mills gym on Victoria Street West in Auckland.

I am blogging about this to prevent me failing, knowing it is on record and therefore must keep going.

So leg one, from Auckland to Tonga, is 1996 kilometres, which means I should make it by the end of September. Keep following and spread the word.